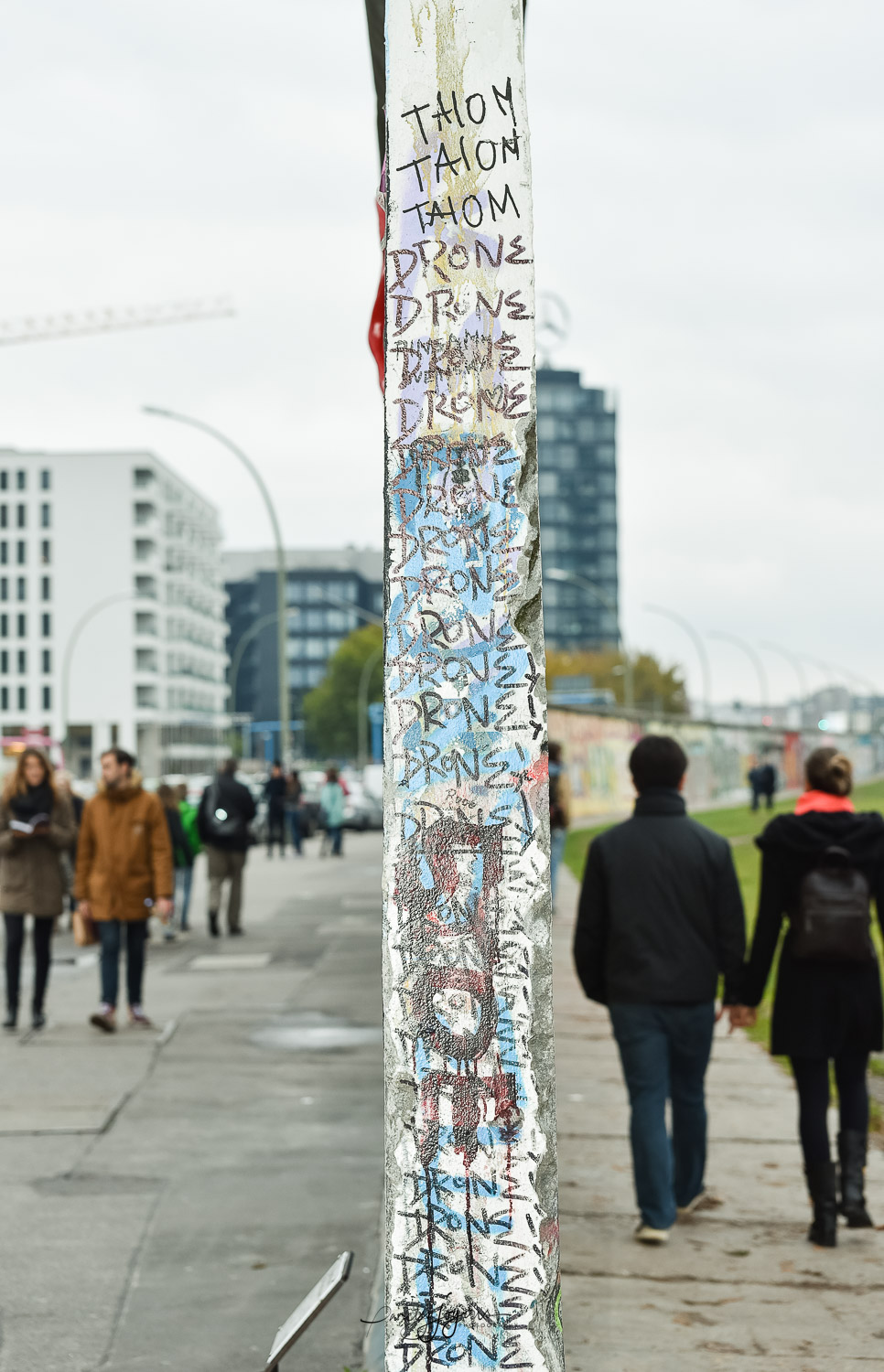 The Berlin Wall Collection is intended to serve as a stark reminder of the dull cloud of oppression and futility that descends upon humanity when we build barriers to separate ourselves, one from the other.

As the Berlin Wall crumbles and tears away we are afforded the unique perspective of the likeness of humanity on each artificially erected side.

A break in the Berlin Wall provides a glimpse into the simultaneous existence on both sides of what used to be Berlin’s great divide. A vivid reminder of the similarity of humanity and the fragility of what separates us one from the other.

The overcast skies reminiscent of the dullness that permeates when barriers are erected between people who are more the same than different.

A sea of humans swimming upstream, gulping for the breath of freedom.

A young man poses in front of a section of The Berlin Wall memorialized in a U2 rock video for a song written before he was born. Just behind him another older man captures the image of someone hidden posing likewise, unseen on the other side.

Both humans occupying the space with the same intention, just differently and without engagement.

The Wall in this instance accomplishes its original intention.

Separation of the likeminded.

What once represented fear and oppression now represents art and free expression.

Turning the corner. The city moves past the darkness and oppression of history into a hopeful, tolerant, open and color filled future alive with opportunity.

Lover’s hearts intertwined and locked in hopeful promise on the modern gate erected in a gap of The Berlin Wall.

A beautiful image of the resilience and optimism of the human spirit.

the colors of love