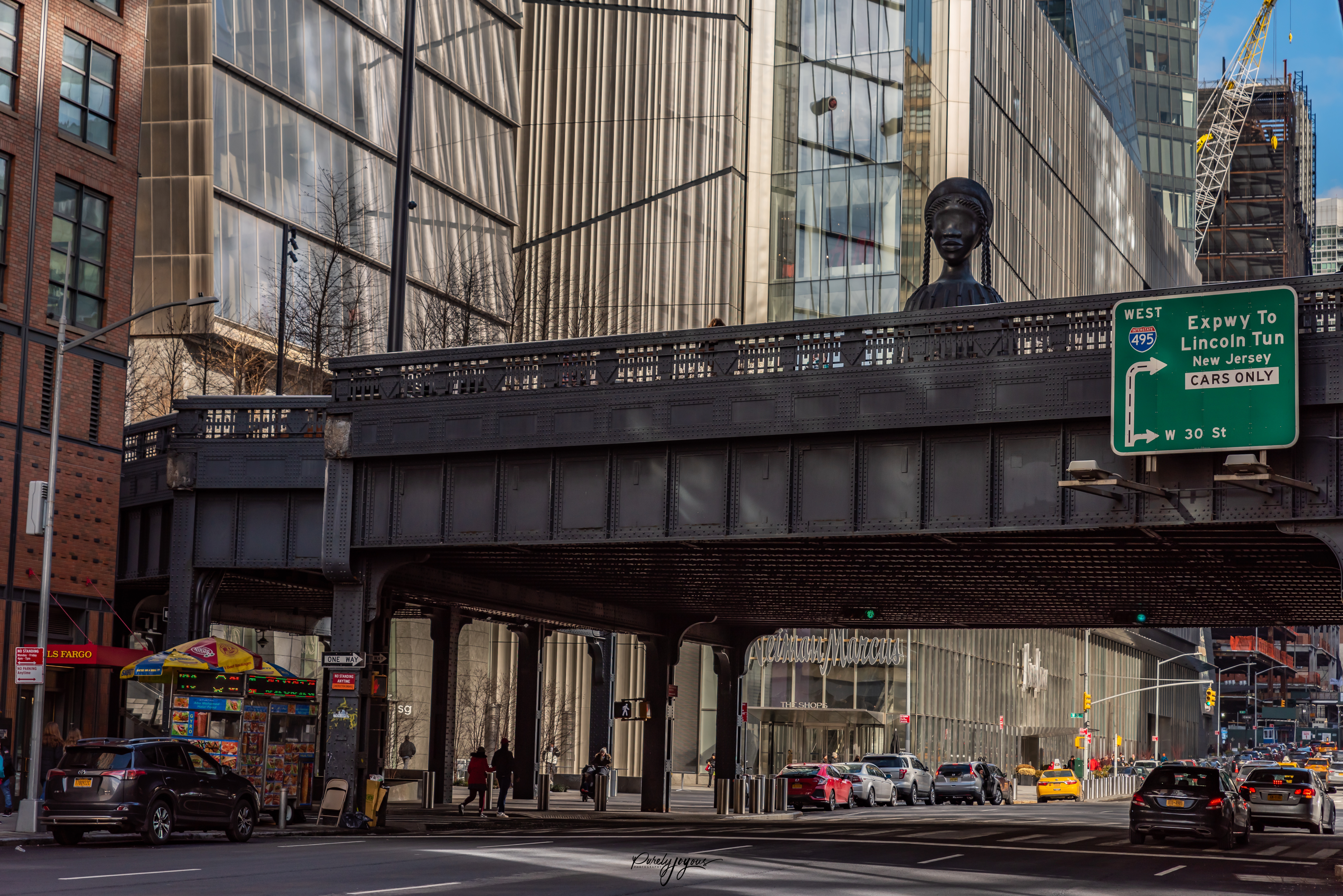 Brick House, created by the artist Simone Leigh, is a 16-foot tall vision of wonder.

I have read several articles highlighting this inspired creation commission for the High Line Plinth in New York City.  On display for a limited time through 2020, I knew it unlikely I’d be able to see her but loved every glimpse I stumbled upon in different publications over the past many months or online.  If you follow me here, you know in January I was able to spend a long weekend in New York City with my son, Derek “Scott” Smith.

During our weekend, I mapped out the walk to High Line Plinth and realized that after taking in the spectacular Vessel on Sunday morning, we could walk a few blocks more; scurry up to the High Line and find her.  After Derek practically climbed every step of The Vessel (pictures coming with the next post), we walked about 10 minutes on a cold 20’ New York City Sunday morning to the High Line entrance only to discover yellow tape at the entrance and the stairs barricaded.  This portion of the High Line was under construction .

I tried not to show my disappointment to Derek after having travelled so far and then come so close to capturing her beauty in person.  I determined I would ask our driver on the way to the airport Monday to drive us under her bridge so I could see but just not capture any shots with my Nikon.  Next on my son’s bucket list was the top of The Empire State Building we turned around and started walking back up 33rd Street.  Being unfamiliar with Hudson Yards, I crossed the intersection at 10th Avenue and as I glimpsed to my right I never expected to see Brick House, I merely hoped for a glimpse down the street of her bridge where she temporarily resides.

And just like that, there she was in all her majesty.

About 3 wide blocks away, clearly visible in the distance.  My son simply looked at me stopped there in the middle of the crosswalk staring down 10thAvenue and said, “Mom, this is something you super wanted to do and there she is.  Let’s do it!  We walked the whole rest of New York City, it’s basically nothing to just walk a few blocks that way, too.  I can get warm later.”

Simone Leigh’s vision of splendor does not disappoint.  My friends, here she is:  Brick House.